Susan Chapman’s long awaited court trial has been postponed due to an over crowding of the court docket.  It seems most likely to be scheduled for August, but October has also been mentioned.  (Maybe that is why podcast listening numbers are going up on shows that we did with her and others involved in the court case.)

Joe Gruters invite went out this week to attend his first official fundraiser.  The host committee consists of a “cast of thousands” and the who’s who in Republican Politics.  Being the Chair of the Republican Party does have its perks. Gruters will be my guest this week on the radio – 6/24.

Ed James III’s invite for his first campaign fundraiser went out as well.  While not able to compare in the numbers, he can boast to have the big Democratic donors on his host committee.  Launching his campaign early, while not the first, gives James the chance to bring in the Democrats who have not committed to any other candidates as of yet.  As for the Democrats, the ones signing on now are committing to working the campaign and that will be a huge shot in the arm for James.  Other Democrats, still thinking about running, will have to work harder at getting the momentum that James has clearly been able to harness.

In the latest in a host of legal and regulatory challenges that Uber is facing in the United States and other countries, the California Labor Commission has ruled that a San Francisco-based driver for the smartphone-based ride-hailing service Uber is an employee, not a contractor.  The California Labor Commission states that Uber is “involved in every aspect of the operation” and “controls the tools driver use, monitors their approval ratings and terminates their access to the system if their ratings fall below 4.6 stars.” While Uber argues that they are “nothing more than a neutral technology platform.”

This week the Florida Legislature gave the green light for the local governments to regulate Uber in their communities.  While the Uber craze is still waiting to pick up steam here in Sarasota, the City Commissioners have decided to move forward to be one of the first ones to follow the State’s lead.  Uber has hired the local law firm of Bentley and Bruning to make their case before the City Commission.

The Florida State Legislature has passed a budget and has sent it onto the Governor.  While slapping each other on

the back for finalizing the budget (the only thing the State Legislature is required to do,) they have fallen under the criticism of Amendment One supporters for using the Florida Water and Land Conservation Initiative as a bank to pay for any projects that have “something” to do with the environment.  While there is money in the budget for restoration of the Everglades and land purchase, supporters of Amendment One say it does not go far enough.

Meanwhile giving $2 million to IMG Academy, a private corporation in Bradenton, the state legislature slipped in $1.5 million more than IMG originally requested.  That totals $9 million that IMG has received in the past three years.  But not too far down the road, on the border of Brandenton and Sarasota, the public/private partnership of Benderson Rowing Park/SANCA 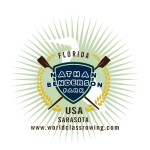 was left out of the budget all together.  Both organizations were busy lobbying up until the very end.  Writing checks to candidates and meeting with as many officials as possible, proved to not be enough.  Because in Tallahassee, it’s not who your friends are, but how influential are your enemies.

Ruth’s List is coming to Sarasota in July to recruit more progressive women to run for office.  They are hosting the “You Should Run” workshop to educate how more women can be involved in politics.  They are hosting this event at hotel Indigo on Saturday, July 11th, 2015.