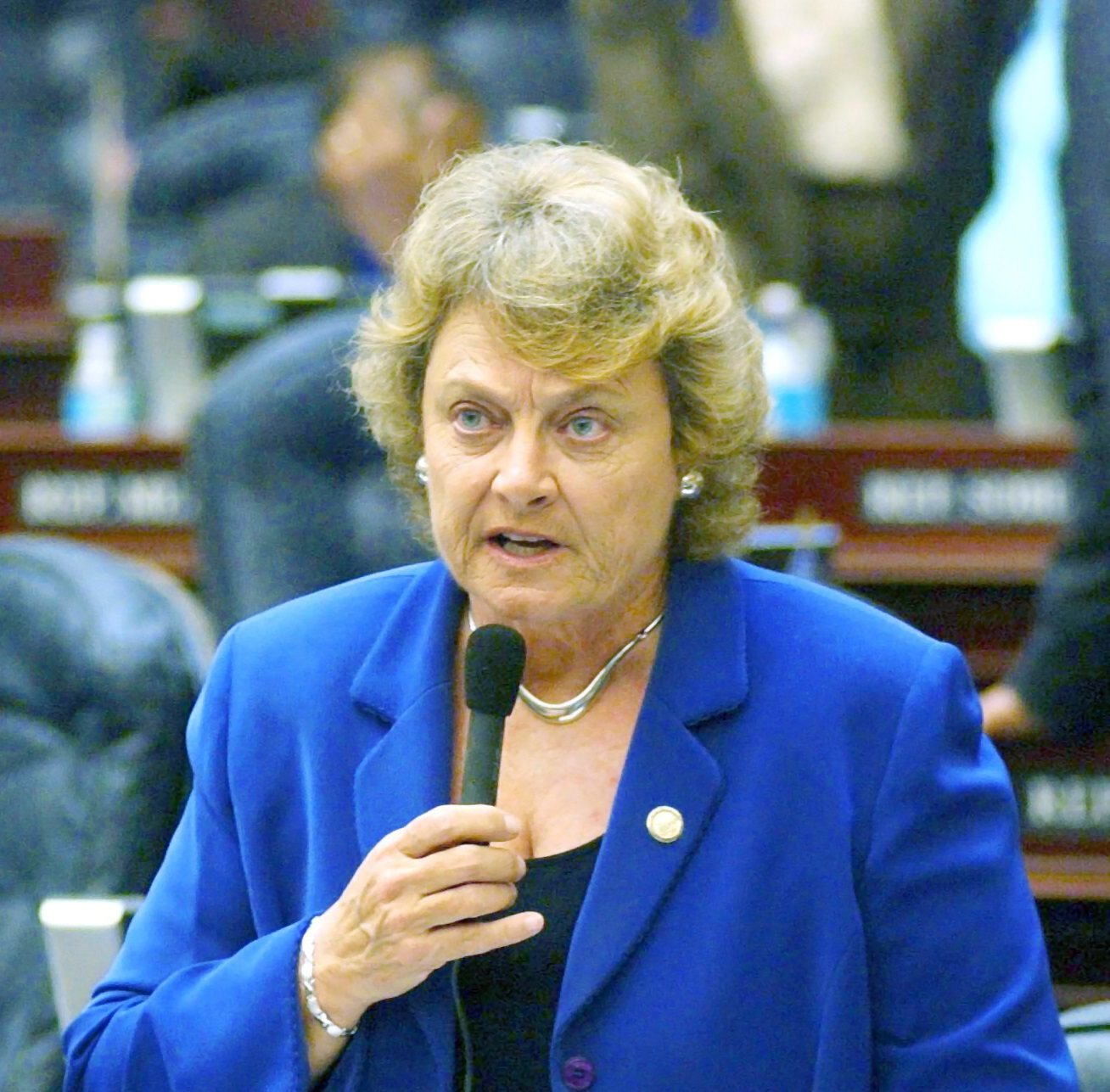 Almost a year ago, a rumor started to take root that Florida Senator Nancy Detert would vacate her seat two years before she was termed out because of her interest in running for the Sarasota County Commission seat that will be vacated by County Commissioner Christine Robinson in 2016.  While Senator Detert has neither denied nor confirmed the rumor, the rumor has started a firestorm of her fellow Republicans in their mad dash to be the first in line to fill her Senate seat.

Elected to the Florida House in 2010, Ray has indicated on social media that he has his eye on the State Senate seat.  To date Ray has $55,100.00 in his campaign account for his re-election to the State House.  But if he does officially launch his campaign for Senate, he will be leaving his House seat open.

Elected to the Florida House in 2010, Greg Steube has also put his name out there unofficially as a contender for Detert’s Senate seat.  What was impressive about his unofficial announcement was that it coincided with an incredibly large launch party for his official re-election bid to the Florida House.  Boasting a cast of who’s who in Sarasota politics, Steube reported $94,590.00 raised for his re-election in the month of February alone.  That pushed his total raised to date: $104,945.00

The only person to officially launch his campaign for the Senate seat.  Holder will explain, that his bid is technically for the 2018 race because Detert has not vacated her seat.  Political dignitaries near and far have helped launched Holder’s campaign.  From Sarasota County Commissioner Paul Caragiulo, State Representative Jim Boyd, and Sarasota Republican Chair Joe Gruters, to Representative Matt Gaetz (Fort Walton Beach), Former House Speakers Dean Cannon and Will Weatherford, Holder’s official launch packs a political punch.  As of today, his financial report has not been filed.

(I am uncertain how the RPOS is already endorsing candidates when no one has made it past the primary.)

Patterson has stated that she is seriously considering a race for the senate seat.  A county commissioner for 16 years and a city commissioner before that, she was one of the first to be termed out in 2012 with the new term limits imposed upon the county.

Having Pilon and Stuebe in the Senate race will have both of them leaving their office before their term is up, and also leaving their seats open.

There is a good chance if Pilon does not raise enough money to compete in the Senate race, he could change his mind and run for re-election.  We are a “Resign to Run” state.  The law states that the resignation must be submitted in writing at least 10 days prior to the first day of qualifying for the office, which is Noon, June 24, 2016.

Although Pilon has not officially launched his campaign for the Senate seat, he has officially kept open his re-election campaign for his House seat.  So that leaves Robert Wyatt officially running against Ray Pilon.  A wealthy businessman from Osprey and appointed to the State College Board of Trustees a year ago by Gov. Rick Scott, he has stated that he would not run against Pilon.  But then why the rush to declare his position in the race?  He loaned his campaign $150,000.0 for the launch and is waiting to see what Pilon will do.

The first Democrat to be mentioned for the 2016 races, it was reported last week that he is “seriously considering” a run for this seat.  Although James currently does not live in this district, he roots are deep in the community. A graduate of Pineview High School, James received bachelor’s degree in political science from the University of Chicago and  is graduating from Florida State University in December  2015.  James’s resume also lists his employment at Google (Legal department) and his political work on the campaigns of  U.S. Congresswoman, Gwen Graham, and Sarasota City Commissioner, Shellie Eddy.  Plus his work for Organizing For Action (OFA) gives him the right to be called a notable contender.

Christian Ziegler (R), Republican State Committeeman, mentioned early on that he was considering a run for Pilon’s seat. But has since confirmed that he is no longer considering the office.

Casey Pilon (R), Republican State Committeewoman and wife of Ray Pilon, was mentioned very early on.  But has not been mentioned since.

As stated above, still officially in his campaign for reelection, if he continues on this path, he has a really good chance of being re-elected.  I doubt seriously that anyone from the Republican side will challenge Steube in this seat.

Republican Party of Sarasota Chair, Joe Gruters has said that he is considering a run for this seat if Steube moves over to the Senate seat.  In addition to his chair seat here in Sarasota, Gruters is also the Vice Chair and Head of Fundraising for the Republican Party of Florida. The Governor also appointed him to the Florida State University Board.

But the real question is…

Will Senator Nancy Detert vacate her seat to run for the County Commission seat?

Detert terms out in 2018 and that will be too late for her District 3 seat which is an open seat in 2016.  Vacated by Commissioner Christine Robinson who is termed out, Detert would be going up against former North Port City Commissioner, Jim Blucher.

Currently the only one officially registered for the District 3 seat, Blucher has reportedly raised on $900.00 ($500.00 was a personal loan)

But Detert is a force to be reckoned with.  Starting out her political career on the Sarasota County School board, she moved on to the Florida House and then the Senate.  She ran unopposed in her final senate campaign and even when she was opposed in previous elections, she won by a landslide.

There is a good chance that Detert will make her intentions known after the special session in July.  Already past the point of needing a special election, if she steps down, the election for her seat will coincide with the 2016 elections.  She can then take this upcoming session to finish out bills that she has been working on and still be able to work a county commission race.

Other races to be noted are Sarasota County Dist 1 Commission Seat.  Commissioner Carolyn Mason is terming out, leaving her seat open.  And just announced with little fanfare is candidate, Former Sarasota City Mayor Fred Atkins who is registered to run against Mike Moran, who serves on the Southwest Florida Water Management District board member and formerly on the Sarasota County Planning Board.

Atkins was one of the longest-serving city commissioners in the city’s history and elected to take retirement in 2010.  With his official registration for the county seat on May 19, 2013, his finances have yet to be reported.

Having launched his campaign on January 13, 2013, Moran reports his fundraising at $46,729.99.  Most of his money was raised at his official launch party last month.

I predict the list will continue to grow.  So stay tuned.