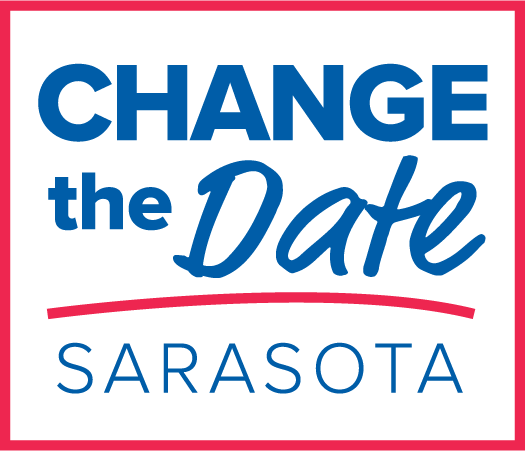 Reprinted from the Sarasota Herald-Tribune

In a year of striking differences and arguments on social media, we have an amazing movement occurring in the city of Sarasota that was built on bipartisanship called “Change the Date Sarasota.”

Just so you know, Change the Date Sarasota is comprised of a coalition that includes the Sarasota NAACP, the Greater Sarasota Chamber of Commerce, the Sarasota Chapter of the ACLU, The Argus Foundation, ACLU Florida, Gulf Coast Builders Exchange, the Manasota Democratic Black Caucus, the Realtor Association of Sarasota and Manatee, the Young Democrats, the Manatee-Sarasota Building Industry Association, the International Union of Police Associations and the Sarasota Republican Party.

From the left and right, Democrats and Republicans, business groups and civic groups, citizens and former and current elected officials, this gathering of individuals and organizations have been meeting since last year. When we look around the table, we are amazed that we can put our partisan differences aside for this one common goal: to increase the voter turnout by moving the date of the Sarasota City Commission elections to the November election cycle.

We know we are on the right side of history. We collected 4,732 signatures (996 more than required) of city voters in order to get this amendment on the ballot. We were able to do it because voter turnout in the city elections is terrible.

As it stands now, voter turnout averages 15 percent to 23 percent of registered voters in March elections, compared with 50 percent to 70 percent turnout in November. All other elections for the city are in November. That is why the Sarasota City Commission places crucial charter amendments on the regularly scheduled November election ballot.

The opposition to changing the date of the elections was memorialized by former City of Sarasota Mayor Mollie Cardamone at a recent Herald-Tribune forum. She said, “I don’t see that it is a critical issue to have a lot of people vote.” She went on further to explain, ”[I] do not believe that this is the end-all, be-all, to have a better government is to have more people vote.”

We wholeheartedly disagree. We believe that increased voter turnout and having a voter composition that better reflects the demographics of the city make for a better government that is more effective at representing the people.

If we can set aside our differences, the arguments of those with a weak mastery of the issue, and the fear-mongering that further divides us, we could concentrate on something we can agree on: Increasing voter turnout benefits us all.

Susan Nilon is president of the American Civil Liberties Union’s Sarasota chapter and a board member of ACLU Florida.

The Herald-Tribune’s recommendations on the “change the date” proposal and other ballot questions are available online at heraldtribune.com/opinion/editorials.