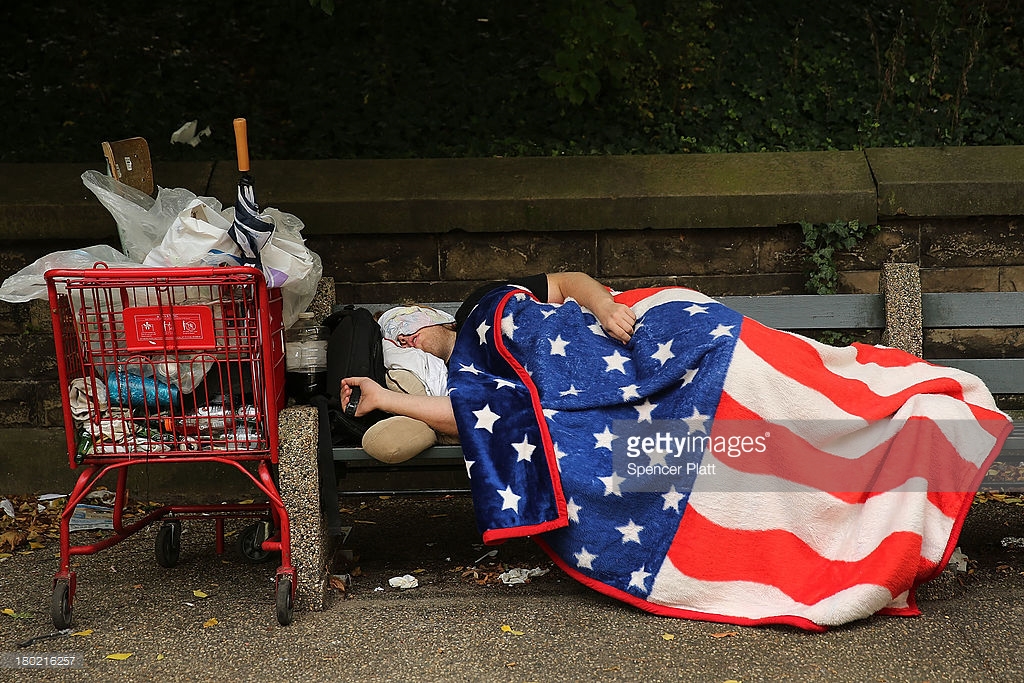 On December 21, during the Longest Night, the Salvation Army honored our homeless citizens that died this past year. That list numbered 57 people—the largest number of deaths on record in a 12-month period. Reverend Dr. David Sutton held back the tears as he called out the names.

Just two days before, Major Ethan Frizzell announced in the press that our chronic homeless numbers had dropped significantly. He also added that there were plenty of beds available at the Salvation Army for those that needed them. That statement was a departure from what I had been witnessing during the day, so I wanted to see it for myself. That evening, the temperature had dropped into the 40s when myself and a small group of people went for our walk in Downtown Sarasota between the hours of 11pm and 2am.

Within just a half mile radius of City Hall, we counted 51 people sleeping in sleeping bags and under blankets in plain sight. Places like the Selby Library, the Van Wezel, the Sheriff’s Department, and even the Salvation Army (which had the largest number of people sleep outside: 22) were the chosen locations of the homeless. We did not venture into the actual homeless camps because it wasn’t necessary. If the numbers of chronic homeless have gone down, it is not evidenced on the streets.

For the past several years, there has been a game of musical chairs when it comes to who sleeps at the Salvation Army. Mostly, it is due to the constant changing of the rules to gain entrance. It also has to do with the City. The city pays for beds to be held open in case the police department needs to use them as an alternative to jail for those that are breaking the sleeping in public ordinance. Yes, you have to be facing arrest in order to occupy those beds. The night I walked the downtown corridor, those beds remained empty. Those beds remained empty and at least 51 people slept out in the cold. What purpose did that serve?

Are we throwing good money after bad? Why isn’t there a cutoff time for those beds to become available for others? Even if they are not used for the people who remain on the streets, how about the people who have been relegated to the floor? I am sure they would appreciate sleeping in a bed.

If people are really “choosing” to sleep on the streets and not seeking the help that is available to them, we should ask ourselves why. Maybe the help that they are being offered is not really help to them. Maybe the constant change of the rules is more of a set up for failure than a helping hand. All I know is that if I spent the night on the floor, where the bright lights are never turned off and no blanket and pillow are offered, my body would barely move the next day. And if the constant noise from the many people sleeping next to me kept me up all night, along with the fear of an illness making me sick from the person sneezing in close proximity, I can’t imagine I would be in much better condition when looking for a job.

Major Frizell and the Salvation Army have rolled out a new “behavior modification” plan in order to get the desired behavior they are looking for. But I would argue that some things should not be hard to obtain. A bed, a shower, clean clothes and a place to keep someone’s personal belongings might actually have a more desired impact on, not only their health and wellbeing, but also the mental outlook of a homeless individual. Anyone who is subjected to the harsh conditions that we offer the homeless day after day could not do better. Sometimes life is complicated, but that doesn’t mean the solutions are not simple. We need to re-evaluate our expectations of the homeless and we need to spend a little more time looking at life from the eyes of the homeless.