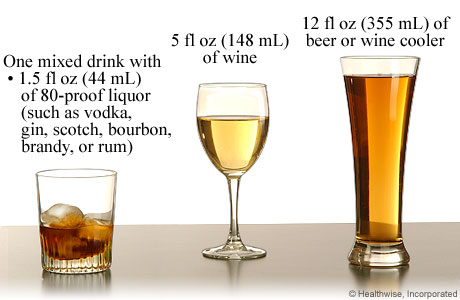 The radio hosts will become intoxicated by consuming varying forms and amounts of alcohol prior to going on the air and over the next two hours, the hosts will demonstrate how alcohol effects their abilities to function normally as they continue to drink. Sheriff Knight will administer breathalyzer tests to determine their blood alcohol contents during the live broadcast, which will also be videotaped for online viewers to watch at a later date.

“The idea for this show came from a few discussions between myself and Bill Robertson to raise awareness about drinking and driving and to help our listeners stay safe this holiday season,” said Susan Nilon, WSRQ’s general manager and host of the “Nilon Report”. “We want to demonstrate that drinking and driving don’t mix, but we also want people to have fun and enjoy our show while absorbing the message.”

Blood alcohol content levels are determined by the concentration of alcohol in a person’s blood stream. They are used to help law enforcement officials determine whether a person is driving under the influence, and they can vary depending on the type of alcohol consumed, along with person’s height, weight and gender.

“I think this will be a fun and entertaining way to bring awareness to a very serious issue, as it’s one that I know too much about,” said prominent Kirk-Pinkerton attorney Bill Robertson, who hosts “Let’s Talk Law with Bill Robertson” and handles personal injury cases often resulting from drinking and driving. “Through my work as a long-time Sarasota attorney, I’m too often reminded about the tragic results of those who choose to drink and drive. I’ve seen too many families torn apart and too many lives lost. Nothing good can come of drinking and driving, and I want to do everything I can to use this show to save lives.”

The radio stunt coincides with the Mothers Against Drunk Driving (MADD) “Tie One On for Safety” campaign, which reminds drivers that drinking and driving can result in jail time, criminal charges, injury and death.

Earlier this week, Sheriff Knight and members of his DUI Unit joined in the campaign by outfitting their unit vehicles with red ribbon magnets to reinforce the ongoing commitment to stop impaired drivers and keep motorists safe in Sarasota County.

According to the Sheriff’s office, the time between Thanksgiving and New Year’s Day includes some of the most dangerous days on our nation’s roadways.

WSRQ Radio 106.9 FM & 1220 AM is Sarasota’s locally owned and operated talk radio station and provides the most local talks shows in our community.  WSRQ proudly boasts a lineup of topical shows, including “The Nilon Report”, “Let’s Talk Law with Bill Robertson, “Heath IQ with Heidi Godman”, “Gail Shane and Friends” and others. For more information, visit SarasotaTalkRadio.com.