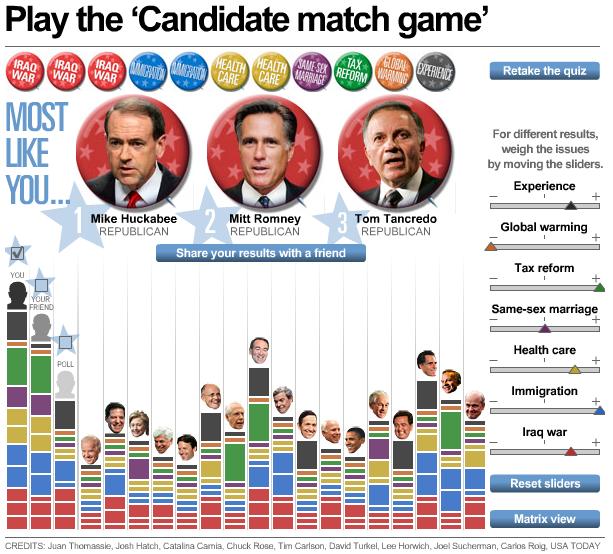 It’s an amazing thing to be asked to run for office. The decision is one that I don’t believe anyone takes lightly. But the will to run is not enough to win an election. Say what you will, but running a campaign is not all about fundraising and private parties. At some point, each candidate will have to get out there and shake some hands, talk to people outside of their inner circle and show the voter they have what it takes. Incumbents can do that because they are actually walking the walk. That is why they are hard to beat. But even in the races where there is an open seat, the candidate will still have to inspire people to come out and vote.

How do you know a serious candidate from one who just likes the idea of running for office? Just ask them a few questions about a particular topic. Most of our candidates will only have a cursory knowledge of a few select issues. They respond to a question with “I am still studying the issue,” “I will get back to you on that” or offer you talking points that are either issued by their party or something they picked up in the media. Their responses are riffled with buzz words to illicit emotions from their supporters in hopes that what you hear is enough. But in my opinion, their lack of knowledge on most of the issues is stifling. A candidate who is paying attention, should be able to formulate an opinion on any topic that is available to you. I am often left to ask, “Why is it that you think know enough to run for office, but you have no clue of what the job really entails?”

In Sarasota, we have an incredible base of voters who are very knowledgeable about the issues. So I would like to offer a little help to the candidates and list some of the issues that will be for consideration if they are elected to office. There is no order of importance. Nor is it a complete list. It is just a place to start.

With a little bit of effort and a night or two of studying the issues, maybe then our candidates can show us that they really understand what it takes to be our representatives.

SRQ Daily Columnist Susan Nilon is the president of Florida Talk Radio and owner of WSRQ Radio. She hosts “The Nilon Report” on WSRQ Sarasota 1220AM/106.9FM weekdays 4pm-6pm. Every Wednesday at 4pm, you can tune in to hear Susan Nilon and Jacob Ogles interview the politicians and the candidates on WSRQ Radio.

1 comment on “When a Candidate Has Nothing to Say”