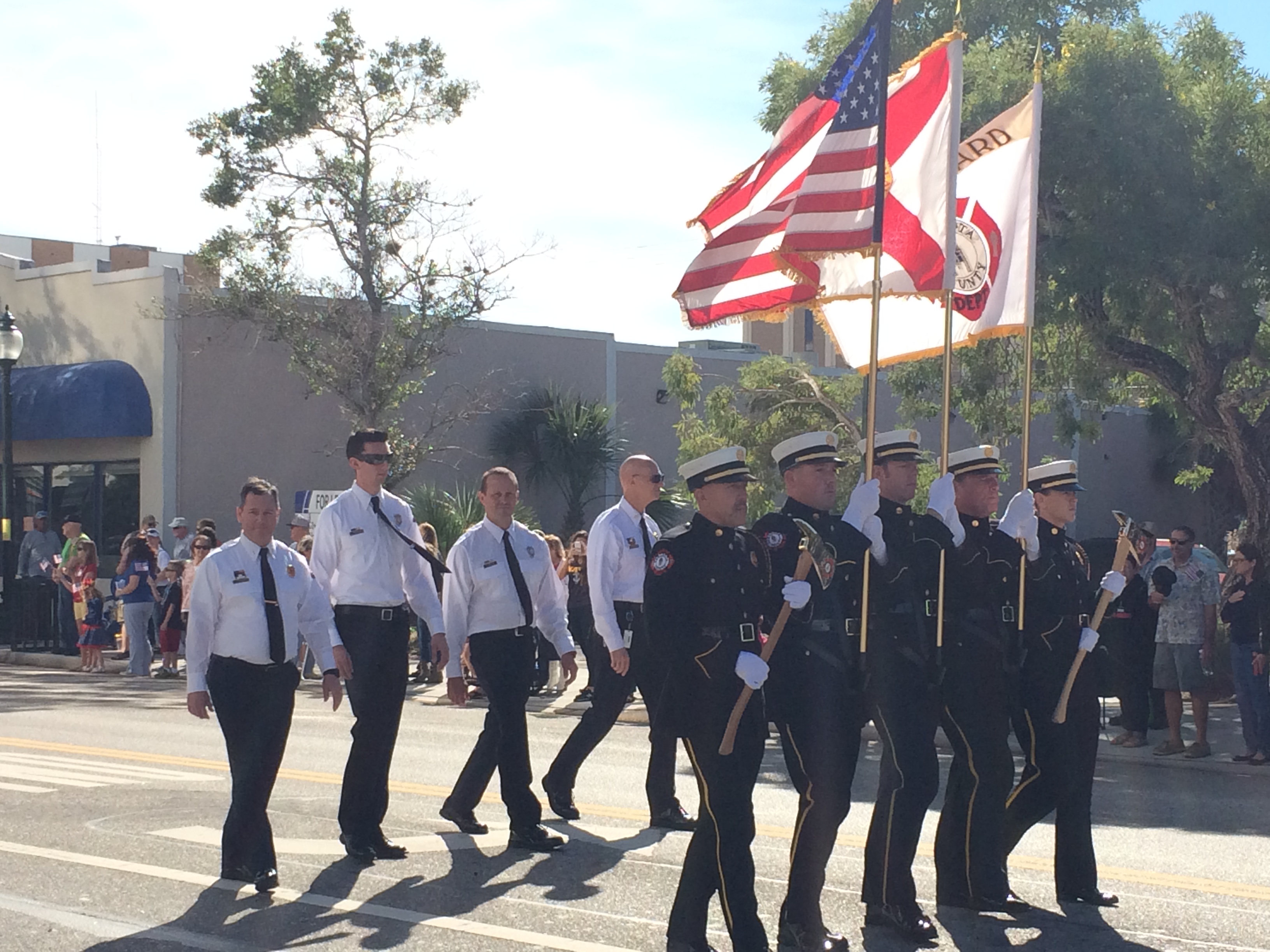 Sarasota’s Main Street was filled on Tuesday morning, as the Veterans Day Parade drew a crowd of all ages and backgrounds with one thing in common: reverence. Music, cheering, and applause were constant from the parade’s start at Osprey Avenue to its finish at Chaplain J.D. Hamel Park, where a ceremony was held to honor those who have served.  The parade had the sidewalks packed, and although the spectacle was more than enough to draw in the audience, it was clear that the event meant far more than just a show.

“We’ve been here since 1973, and we’ve never missed one. It’s really an American event that everybody should enjoy,” said Catherine LaBrie, a former military nurse. “And I’m impressed today because it seems bigger. The students, the children – And you know what I enjoyed? Seeing all the parents run out to catch up with their children. It brought tears to my eyes. It was beautiful.”

While Main Street’s crowd was nearly constant in its applause and appreciation of the parade, it was almost just as often that a veteran would pass through the masses, only to be thanked for their service multiple times by nearby citizens.

“So much appreciation in everybody’s eyes as they’re going past the veterans. It’s unbelievable. Unbelievable,” said James Leibe, a Navy veteran who fought in the South Pacific during WWII. “I’m glad that they are so appreciative of what happened – a lot of people have no idea what we went through. But this is great. “One person didn’t do it, it took every one of us to do it.”

That sense of community was a theme found throughout the march. The parade featured people of all ages honoring veterans, from hundreds of local students in marching bands and members of Junior Reserve Officers’ Training Corps units, to members of law enforcement agencies, fire departments, and veterans service organizations. Veterans, of course, also partook in the parade and were celebrated for their service, as those that cheered in thanks also remembered veterans that did not march for one reason or another.

“I had a lot of family that served in the armed services, including [Michael Miles],” said Dianne Baker.  “He was in the Air Force, so it just means a lot to me. We lost friends in the Vietnam War, and so [the parade]’s really great.”

Even Main Street store owners and employees took in the event from the stoops of their workplaces, as most – if not all – business was halted to pay respect to those who served. Veterans Day and the parade itself was a chance to show respect at a memorable event on a beautiful sunny morning, but for most people it was, and always will be, something much more – rain or shine, parade or otherwise.

“We wouldn’t want to miss it,” said Pat Donegan, joining her husband Dick, a veteran of the Army’s WWII Air Corp, who added “and we never do.”