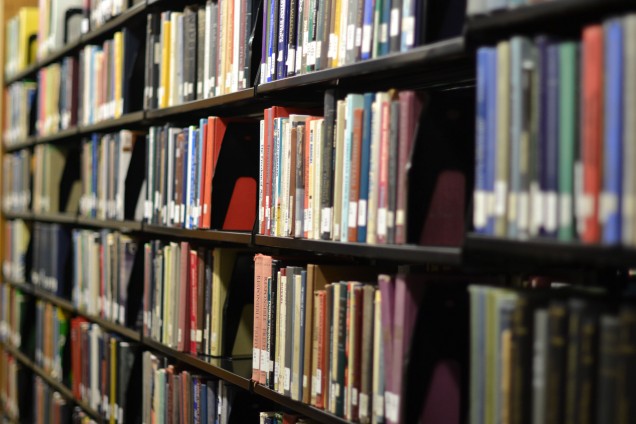 Spending time in the school libraries was something I cherished. It was the only place I could go to read a book of my choosing. The person in charge was responsible for propping up my knowledge with as much creative flair as I could handle, and the only agenda was to entice me to read more. The keeper of books is the keeper of knowledge.

I have never met a librarian who did not think life began and ended in the library. The meek librarian who never speaks above a whisper yields a magnificent sword when it comes to protecting our knowledge, our freedoms and our liberties. Mindful of the responsibilities that come with the books that they watch over, librarians are the first form of defense when it comes to protecting the First Amendment from encroaching enemies. With the single-mindedness of a mother bear protecting her cubs, the Librarian will risk everything to protect our right to have access to all.

A few years ago, with little fanfare or protest, the librarians of Sarasota County schools started to stack their last books on the shelf. The change came first for elementary schools, then with middle and high schools this year. Replaced by aides, the librarians were transferred into classrooms throughout the school district. The move was made to save funds while budgets have been cut from Tallahassee and the falling of property values. While understandable given the times, I was hoping this decision would be temporary. But after talking to members of the school board, I fear this decision will remain unless we do something about it now.

This is not just a move Sarasota County has made. Places around the country, like Philadelphia and Pittsburgh, made the same decision for the same reasons, which is what prompted the Pennsylvania System of School Assessment to conduct a study that found these results: “Consistently, reading and writing scores are better for students who have a full-time certified librarian than those who don’t. Students who are economically disadvantaged, black, Hispanic, and have IEPs (i.e., students with disabilities) benefit proportionally more than students generally. These findings suggest that staffing libraries with certified librarians can help close achievement gaps.”

Current day logic would have to ask, “Why do we need librarians when everything is going digital?” I would like to counter that and say, “Someone once said that with the birth of the VCR, people would stop going to the movies.” If you follow that logic, you have underestimated the value of our librarians. A librarian has a master’s degree in Library Sciences. And while the school board members might say that teacher’s aides have been able to do the job with no complaints, it is not the same as a librarian with the credentials and a contract to support their work. Having the depth of knowledge that is required to provide a successful library can only be found with someone who devotes their continuing education in the practice of Library Sciences. Our county school system may be placing third in the state, but that doesn’t mean we can just get by without school librarians.

“They open up the world. Because knowledge is useless if you don’t know how to find it, if you don’t even know where to begin to look.” — Patrick Ness, award-winning novelist, on librarians

Let the future generations benefit from the value that they bring to our educational system. Let’s put back the librarians into the Sarasota County School Libraries.