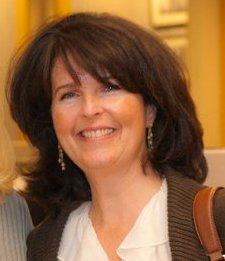 Cathy Antunes found herself in the public eye in 2008 when she challenged the Sarasota County Commission to openly discuss all aspects of the Ed Smith Stadium arrangement between Sarasota and the Baltimore Orioles. I met with Ms. Antunes to discuss why she decided to run for Sarasota County Commissioner. “The public needs a representative who will look for public input. We need to make sure we avoid special interest controlling the show,” Ms. Antunes explained.
On Ed Smith Stadium:
I found it appalling that you had commissioners openly discussing at public meetings how to get around a legally required referendum because they thought we would not approve the spending plans of the stadium. I think when you have public officials on the public record talking about ways to get around the laws that they are elected to uphold and disenfranchise the voters — to not give people a voice — it’s time for those folks to go. However people feel about the stadium, this has far broader implications than that particular project. You don’t get elected into office and then decide to do whatever you want. You must operate within the law. In 2008, we should have been going to the polls not just for the School Board, not just for the primaries, but we should have been approving or denying stadium spending plans.
We are not talking about small things. The land development of the north lot next to Ed Smith Stadium was given away for thirty years. The contract is silent about who owns the improvement on that land. The Orioles get to develop and the city of Sarasota has to pick up the environmental cleanup costs. If you look at what happened behind the scenes, the Orioles blindsided the County and the County blindsided the City. And yet we are the ones who are going to be footing the bill.
On her opponent, Joe Barbetta:
I think a lot of people expected, given his history as a planning commissioner, that his land use decisions would have been a lot more conservative, smart, sensible growth decisions. The people were very surprised how he voted because it wasn’t consistent with his prior voting record.
On what she would bring to the Commission:
I think it’s healthy for there to be fresh people on the commission with new ideas. I can see the value of experience, but it’s also good to have people from different backgrounds. I bring a sales and marketing background to the role. We are a tourism economy. As long as we have our beaches, the arts…all of the amenities that we have, we are going to be a tourism economy. Our County Commission does not fund tourism promotion at a competitive level. Lee County spends 13 million dollars on promotion, Naples spends 9 million dollars, and Sarasota County only funds promotion at less than 4 million. Our tourism offerings are better. They trump what is down there. Siesta Key is the number two beach in the United States. Why isn’t Siesta Key a household name? You have got to start with a strong base if you are going to have good economic development… and promotion is key. People need to know your product.
Another huge missed opportunity is health care. Sarasota is the top city for healthcare in Southwest Florida. If you look at the rankings of our hospital, this is the place. From Tampa down to Naples, this is the best city. That has been the case for 6 years now. When families go to a realtor to choose a house, it is typical for a realtor to pull up test scores of schools. The county should be partnering with the real estate community, providing them with the tools that they need to distinguish Sarasota from other counties for our health care. So, just as a family would look for top schools, people looking to relocate here — the hospitals are something that everyone should know about.
On Sarasota’s Comprehensive Plan:
Good developers are an important creative force in the community. Having appropriate smart development is good for us. At the same time, we are in a situation where we have an oversupply of housing and empty commercial buildings. It doesn’t make sense altering our comprehensive plans to allow for more when we have an over-supply. I don’t understand why you would modify the comprehensive plan to allow for more building when people are suffering right now, not able to sell their homes because of the glut. You have people stuck in their houses and we are adding to inventory? There is plenty of space in the comprehensive plan for growth. To be maximizing growth at a time where we are already maxed out on inventory seems…it doesn’t make sense.
On the Fruitville initiative and the public interest:
There have been two years of meetings with the five land owners. Yet we, the people of Sarasota, own a piece of that land. The sixth land owner is the people. The County had two years worth of meetings and the public wasn’t represented. The lack of regard for public input is a huge problem. When you look at what happened with the stadium, the public is the primary stakeholder in any deal that the county transacts and they, by law, are supposed to have a seat at the table. Why do we do that? These resources belong to all of us. The Sunshine Amendment passed overwhelmingly in the state of Florida to avoid special interest controlling the show.
Final thoughts:
We are all capable of thinking that we know best and it’s just a lot more efficient to have fewer decision makers. Democracy is messy. A representative republic can be messy if it’s transparent and will take a little longer if you are going to have people weighing in. You need to balance it a little bit, but you have to have an intention of including the public.