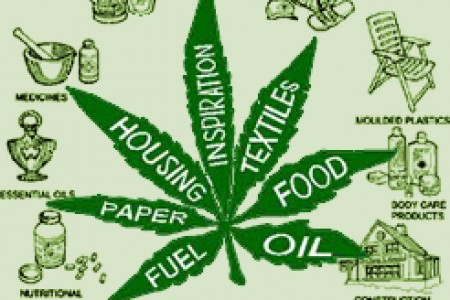 When I interviewed Rep. Daryl Rouson, D-St. Petersburg, about his reasoning for not wanting to legalize Medical Marijuana, he called Marijuana a “Gateway Drug.” I have heard that term used before and in most circumstances I would have argued that point. That is until later that evening at my dinner table when my family and I were discussing the interview. A response I heard was, “If you think of it as a ‘Gateway Drug,’ it’s because you have to purchase it from a drug dealer who also has on hand other illegal drugs. And while you are there to purchase your weed, the dealer introduces you to the rest of his supply.” I had to stop and think about that statement. It’s true. The “Gateway” is actually the dealer who offers you a free sample of pills or narcotics that he/she is hoping to get you hooked on.

For centuries, we have witnessed and documented marijuana’s benefits. For over a hundred years in the United States, marijuana was used for it medicinal and recreational purposes. Even our founding fathers grew it as a crop. Only since 1915 did the states start to make it illegal and push it underground. Around the same time that we made alcohol illegal as well. Organized crime welcomed it with open arms.

Since 1978, 21 states have legalized Medical Marijuana and more recently one legalized for its recreational purposes. Eleven days ago, Marijuana became legal in Colorado. They opened 37 dispensaries around the state with a report of $5 million in sales the first week. In an email, Rep. Diana DeGette said to her Colorado constituents, “It was a big week in Colorado. Across the state, recreational marijuana was sold for the first time. And guess what? The world didn’t end.”

Every poll taken in the state of Florida shows the majority of Floridians support medical marijuana. Yet for the past three years, Tallahassee has turned a blind eye to the legislation that has been proposed to allow patients to reap the benefits of this controlled substance. This year not only is there a chance it will be on the ballot, but Rep Katie Edwards, D-Sunrise, and Rep. Matt Gaetz, R-Shalimar, are trying to pass legislation that will decriminalize certain strains of marijuana for medical purposes.

So I for one would like to ask all of you former and current marijuana users to come out of the closet and let people know you exist. It’s time to stop the stigma and help others recognize that there are benefits to the weed and it is less of a danger than alcohol and tobacco. Just by speaking out about your experience, it will let others know that it is only a gateway drug because we make it that way.

And as for me, a former pot smoker, I support making recreational marijuana legal as well. But I am willing to wait. Sign the petition:www.unitedforcare.org/petition.

4 comments on “Being Outed: Time to Tell The World You Smoked Pot”