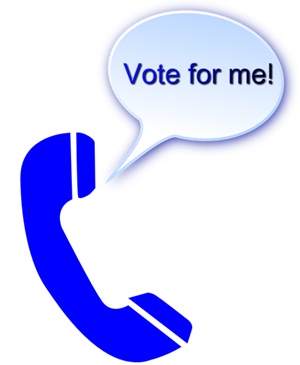 Monday night, city voters received a robo call from a North Port phone number.  It was Candidate Eileen Normile telling voters that she did not condone the negative mailers that are being sent out to disparage her opponent, Liz Alpert.

The pressure must have been mounting from the phone calls and emails that she received after the first mailer went out.  Irate voters were incensed with the intrusion of negative campaigning into a small town race.  In her defense, Normile claimed that she alerted the press of her position on the negative mailers, but she said it fell on deaf ears.  For the record, I was never contacted, nor was Channel 10 News or SRQ Media.

But Normile stopped shy of saying anything about the claims that the mailers made and focused on wanting to keep outsiders from participating in a non-partisan race.  That seems to be the theme that resonates throughout her campaign: only local voters should get involved in the City race.  That’s great, if you want to put up a fence around the city and not let the rest of us in.  Although I can’t vote in the city race, I do pay taxes in the city and I spend my money in the city – along with thousands of others.  Do I have an invested interest in the city election? Of course I do.  And so does everyone else.

Now I have taken to task in previous articles the idea that “non-partisan races means political parties should not get involved.”  Only a dreamer would think that people are not partisan.  Only a dreamer would expect that political parties to stay out of the non-partisan races.  Agreeing with me is the United States Court of Appeals, Ninth Circuit.

In 1986, “Proposition 49 altered the California Constitution to say that no political party or party central committee can endorse, support, or oppose a candidate for nonpartisan elective office.”  On July 24, 1989 in GEARY v. RENNE, an appeal was heard that stated, “whether this provision is compatible with First Amendment rights of free speech and association, and (2) whether it deprives the individuals and political entities to which it applies of equal protection of the laws as guaranteed by the Fourteenth Amendment.”  It goes on to argue, “Plaintiffs-appellees also contend that article II, § 6(b) violates the Equal Protection Clause of the Fourteenth Amendment. To support this contention, they point out that section 6(b)’s provisions cover only political parties but not other potential endorsers and supporters — including numerous “unofficial” partisan organizations and special interest groups with a stake in nonpartisan offices and candidates.”

The decision was reversed with opinions by the judges that state, “To accept California’s position, then, is to accept the proposition that the voters, in acting favorably upon a political party endorsement, are making a mistake.”   And to further the argument, “It is precisely this kind of choice, between the dangers of suppressing information, and the dangers of its misuse if it is freely available, that the First Amendment makes for us.”  – Virginia State Bd. of Pharmacy v. Virginia Citizens Consumer Council, Inc.

I could not have said it better, if I said it myself.

Most citizens don’t have time or the resources to vet a candidate properly.  They rely on their parties to help them with getting to know the candidate.  I don’t like it either when the PAC’s from outside of Sarasota gets involved in our elections.  But as long as they identify themselves, I can put their information in proper perspective.

Voters must be wondering if the political consultant from Clearwater, Florida that Ms. Normile is paying understands that? Maybe we are due for another robo call.