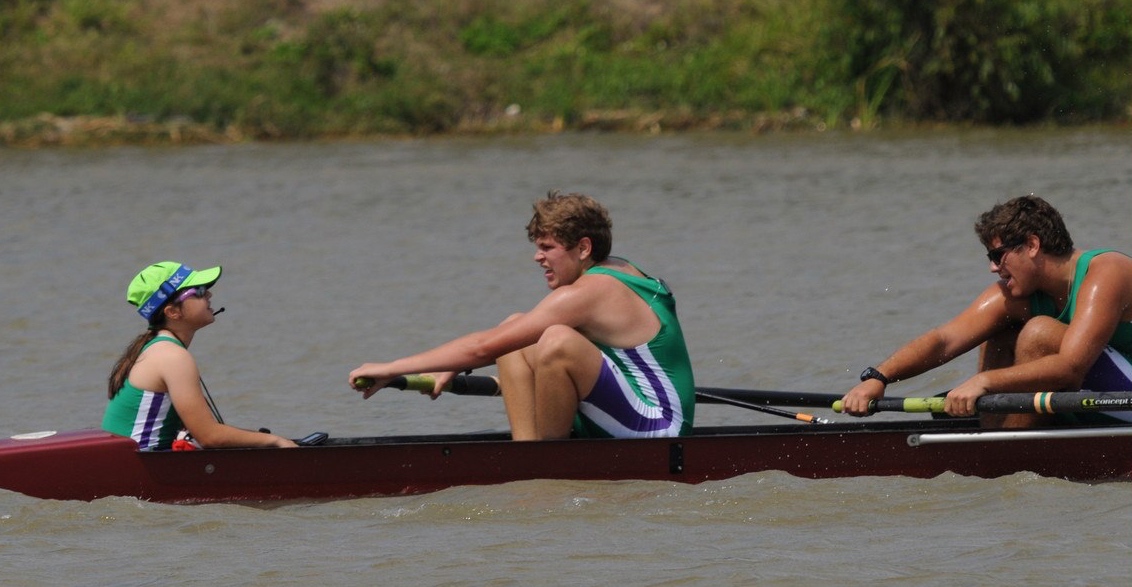 Being diagnosed with diabetes is a major obstacle for anyone to overcome. 10 years ago, Daniel Kemp was diagnosed with type one diabetes. While it forced him to make changes in his life, he has not let it impede him. A team captain at the Sarasota Scullers, Kemp overcomes the difficulty that diabetes creates daily, and was even recently awarded an honorable mention on the honor roll of USRowing.

“I think he has decided to take control of this disease and is careful and diligent in the management of his condition,” said Sarasota Scullers coach Randy Higel. “I don’t think it affects his physical performance…he does a great job managing it. I doubt many people that haven’t been exposed to diabetes really understand the effort it takes to keep it under control.”

Controlling it requires the Pine View School senior to monitor his blood sugar levels six to eight times a day.  The balancing act is a difficult one, but a necessity for him to remain at peak performance levels while rowing.

“It’s definitely a challenge, and something I need to be constantly aware of…There have been a few times where I had to miss practice due to a high or low blood sugar reading, [but never a race]. That’s pretty much always going to be the case, since perfection truly is impossible with this disease. I just need to maintain constant vigilance with it.”

While Kemp works to keep an eye on his blood sugar levels at all times, rare oversights can still happen, quickly leading to health complications that would hinder regular life, let alone competitive rowing.

“Very recently, I passed out in the boat from severe low blood sugar in the middle of practice,” said Kemp. “This was the first time anything like that had happened at rowing, so it really made me see some of the dangers I need to be aware of.”

Those dangers are something that Kemp has also combated in a different way off the water. He has participated in multiple research studies on diabetes at the University of Florida, where he hopes to help contribute to the eventual discovery of a cure. In the meantime, he was one of only seven youths chosen to advocate for funding of diabetes research in the state of Florida at the JDRF Children’s Congress in Washington DC to advocate for funding of diabetes research.

“Type 1 diabetes is a disease that requires exceptional amounts of discipline, motivation, and responsibility,” said Dr. Desmond Schatz, Kemp’s endocrinologist at the University of Florida. “Daniel fully understands the interactions of insulin, exercise, nutrition and stress on blood sugars and how to live proactively with the disease. He’s never let diabetes hold him back.”

And he hasn’t. Kemp has won over 30 medals in his time as a rower, has received invitations for recruiting visits from MIT and the University of San Diego, and hopes for a day that diabetes no longer burdens the lives of over 29 million Americans.