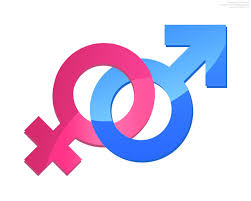 How do women really compare to men when it comes to health care expense?

In the current debate about healthcare, it is often used as an argument against the new health care laws  that men will now see their premiums go up because they will have to pay for the health care provided to women as well.  Men and women are both asking, “Why should men have to foot the bill for coverage that includes prenatal care, and pregnancy?  Shouldn’t it be limited to people with ovaries?”  Followed by the logic, “Of course women are more expensive to insure, they have more parts.”

It’s sad that some women don’t delve a little deeper into this argument and realize that it is all put out there as a talking point to help pick away at the current healthcare laws.  We are so quick to grab onto what seems practical.  Women are the one’s who bear the children, so shouldn’t we bear the cost of the expense?  Well, I am not going to give you the easy argument that it takes two to tango so men should also help cover that costs of pregnancy and all of the parts that are involved.

What I will tell you is this:

A study by the Agency for Healthcare Research and Quality (AHRQ) found the following:

On the other hand…

Yes, women live longer then men and therefore incur more costs.  But that also means that we pay more into the  healthcare system.  And if we are going to start breaking down all of the body parts that justify the disparity, I would like to point out that the American Cancer Society documents that:

Argue all you want about healthcare, but stop falling into the political spin about healthcare costs.  Just because it appears to make sense on the surface, doesn’t mean it’s the truth.