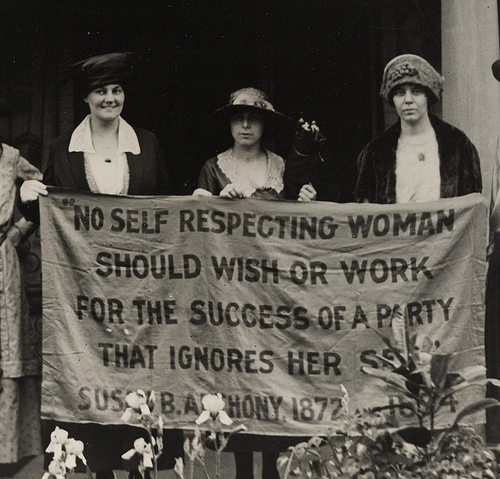 “Oh, if I could but live another century and see the fruition of all the work for women! There is so much yet to be done.” – Susan B. Anthony

Aug. 26 marks the 93rd anniversary of the 19th Amendment. Today, I am celebrating this event with several hundred women at the Sarasota Commission on the Status of Women – Women’s Equity Day celebration held every year at the Hyatt Regency. We celebrate the 19th Amendment that prohibits any United States citizen from being denied the right to vote on the basis of sex. Drafted by Susan B. Anthony and Elizabeth Cady Stanton, the 19th Amendment was the culmination of more than 100 years of the women’s suffrage movement to gain the right to vote. And although this amendment gave us that right, in no way were we considered to be equal to men in the eyes of the law or the eyes of the public. Here we are, 93 years later, asking ourselves, “Why are women still fighting for equality?”

By comparison, in the United States, women are the most under-represented group in our government. Women occupy only 20 percent of seats in the Senate, 17.7 percent in the House of Representatives, 12 percent of city mayors and 10 percent of governors.

In education, Women are 57 percent of college graduates and hold 63 percent of master’s degrees. However, in business, women own only 4.2 percent of Fortune 500 Companies. And we earn 77 cents on the dollar that men earn.
Locally, Sarasota mirrors the nation. Women are 51.8 percent of the population, yet only 26.2 percent of Sarasota businesses are owned by women.

Society judges men on their potential while women are judged on their accomplishments, and it is women who are their own worst enemy. We are more judgmental of ourselves and of other women. We rate our accomplishments as they compare to the accomplishments of men. We often attribute our successes to luck or opportunity, not to our own ability. We don’t always stick together in the face of adversity and we are too quick to step aside for the sake of the team.

We gather each year to remind ourselves how much work we still have left to do when it comes to equality, to teach each other that we can do some amazing things when we ban together, when we support each other and when we offer each other the tools that have helped each one of us individually.

Today, we celebrate the women in our history who have made incredible sacrifices in order to give us great opportunities. I am, with women all over the world, living testimony to our struggle and ongoing battle of equality.