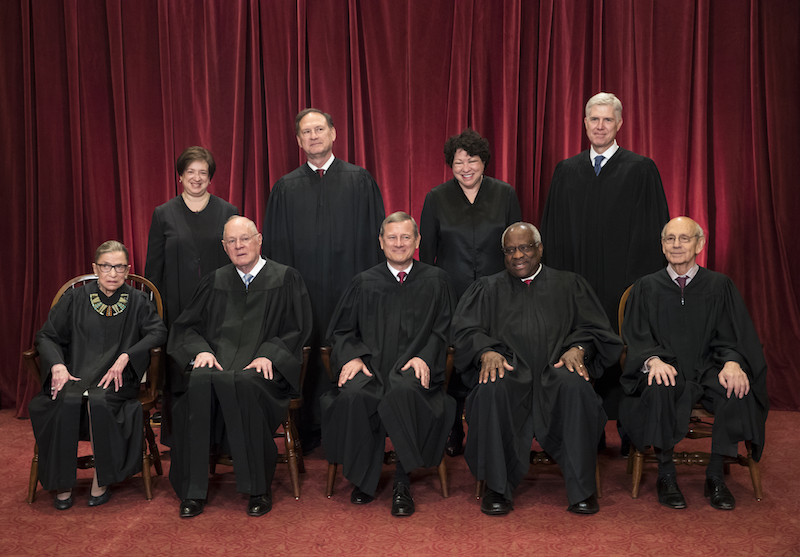 If you follow only one Supreme Court case this year, you should follow Gill v. Whitford. Not since the United States Supreme Court’s decision that legalized same sex marriage has there be another decision that could change the face of our nation as much as this one. And it all started in Wisconsin.

Very much like Florida, the controlling party of Wisconsin does not represent the voting populace of their state. When the 2010 census came out, it was a hope of Wisconsin voters that they would see a change in their government that mirrored their electorate. But that didn’t happen.

In 2012 elections, the Wisconsin Republicans got just 48.6 percent of the statewide vote, however they were able to seat 60 percent of the state congress. That effort was aided by mapmakers who had developed a model for evaluating voter partisan preferences and drew up spreadsheets identifying the likely winner (indicating how likely that map was to elect Republicans). In 2011, Republican leaders drew new districts that favored their party.

A Violation of the First Amendment

That is where the case of Whitford v. Gill comes in. The plaintiffs in that case argued the map violates the Fourteenth Amendment’s guarantee of equal protection. The U.S. District Court for the Western District of Wisconsin agreed and declared that the map was unconstitutional. It is their belief that:

“The First Amendment and the Equal Protection Clause protect a citizen against state discrimination as to the weight of his or her vote when that discrimination is based on the political preferences of the voter.”

The case was appealed and in a watershed moment for the politically disenfranchised voters of Wisconsin, the Court became the first federal court in three decades to find that a redistricting plan violated the Constitution’s First Amendment and equal rights protections because of partisan gerrymandering.

Federal courts refuse to hear cases if they find that that are based on an issue so politically charged that it should not heard by a court that is to remain non-political. In other words, they won’t put themselves in a position where they have to choose between two or more political parties.

In 2004, a case called Vieth v. Jubelirer was heard before the U.S. Supreme court. The court then upheld the ruling of the lower court that alleged “political gerrymandering” was not unconstitutional. The justices could not agree on a test to determine when normal political instincts turned into an unconstitutional watering down of someone else’s vote. But the pivotal moment was in the opinion of Justice Kennedy. He wrote he could envision a successful challenge “where a state enacts a law that has the purpose and effect of subjecting a group of voters or their party to disfavored treatment.” He then went on to give the guidelines of what would be the measurement of that argument by stating “a manageable standard by which to measure the effect of the apportionment and so to conclude that the state did impose a burden or restriction on the rights of a party’s voters.”

It’s All About the Math

What makes the Whitford v. Gill decision different from all of the other gerrymandering cases is how the justices came to their decision. They developed a three-pronged test that asked if the redistricting “(1) [was] intended to place a severe impediment on the effectiveness of the votes of individual citizens on the basis of their political affiliation, (2) has that effect, and (3) cannot be justified on other, legitimate legislative grounds.” In addition, they also used a test called the Efficiency Gap.

systematic advantage in turning votes into seats. Any vote cast for a losing candidate is considered wasted, as are all the votes cast for a winning candidate in excess of the number needed to win. In an ideal scenario, where individual votes have as much impact as possible, the efficiency gap would be zero. The gap in Wisconsin was 13.3 percent in 2012.

Our political future is now in the hands of nine Supreme Court Justices. What was a watershed moment for Wisconsin could now be a watershed moment for the nation. We hold our breath. If the ruling favors the voters and not the politicians who draw the district lines, Florida’s Fair Districts will finally have the weight behind it that it needs to redefine Florida to look like its voters and not some politician’s dream. Florida waits to exhale with the rest of the nation.