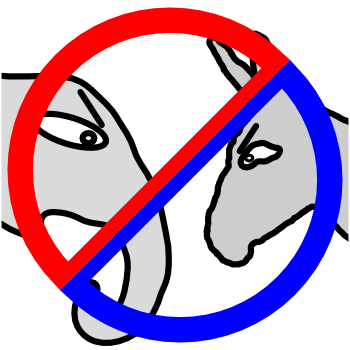 Nonpartisan races—what should unite us with its core intent—continue to divide us in ways that one would never have thought. Established to control partisanship amongst candidates, the rules dictate no political party shall be indicated on the ballot and no candidate should identify which party they are a member of. Yet in order to register as a voter, and therefore a candidate, one must declare a party affiliation.

Most people have a romantic notion nonpartisan races mean political parties should not participate in campaigns. Yet election after election, parties never stay away. Anger and frustration have peppered every race, dividing friends and solidifying enemies as to whom has a right to participate.

It’s a fool’s notion to think parties do not have a place in nonpartisan elections. I will even be bold enough to say I welcome their participation. Show me a candidate that does not need the support of their party and I will show you a fool.  If a candidate believes they are the right person for the office, why would supporters not engage the machine parties are known for? Getting out the vote, fundraising, reaching out to networks that have been cultivated for years is what parties they do best. If you are against that, you should stay out of politics.

Another misguided notion is political parties are limited to ones listed with the Supervisor of Elections. Let’s be real; political machines are also forged in special interests groups, neighborhoods and boardrooms. They too work campaigns, except there are no rules that require them to identify themselves. Working hard behind the scenes, they appear to be grassroots efforts—a groundswell of support for a candidate that inspires them—but operate in the shadows with the same political interest found in any other partisan race.

Those that support this idea nonpartisan races are no place for political parties missthe beauty of these elections. Nonpartisan races are a true democratic process. With no party primary, everyone gets to vote.The top candidates who make it to a runoff allow everyone to vote again.  They win by a truly popular vote. This process also keeps parties in line and takes away manipulation of party hopping and fake candidates who close the primaries. It also requires the voter to do more research. You can’t rely on the “D” or “R” next to the name.

As a voter, I am not always happy with my party. Sometimes my ideology does not align with the platform.  But because I have to choose a party in order to vote, I choose the party closest to my principles. Because I have to identify my party affiliation, I want to know more than what the candidate is telling on the campaign trail.

Naively, one might question why social issues that are a huge platform of political parties, such as gay rights, would play into the city elections. And yet, it was just this past year that our city and county commissions were asked to support the Domestic Partnership Registry and consider transgender protection in the workforce.  How would I have known where candidate stood without the party to call on?

Those who want honest races should support the demand of full transparency. That means knowing who the candidates are, not only on and off the trail, but before and after the elections. And how will we know that unless we fully understand what forces they align themselves with?